Instagram has quickly became the most popular social media platform used by people my age.  Over this past break, I got the lowdown about how guys used Instagram and it made me a little interested to know if what my friend thought was true, was actually how guys use this platform.

Last year I was in a room with the guy I was seeing at the time and a group of his friends.  One of his friends pulls out his phone and starts analysing this girl’s profile, seeing if she was cool enough to hook up with.

I haven’t had a personal Instagram for a few years now and when I did it was pretty much pictures of my dog and when I went out to eat I’d take a pic.  A few weeks ago, I got a text from a friend asking me to “approve” of her Instagram. The photo was clearly edited and staged, which kinda surprised me.

Today people go to extreme lengths to get attention from people on social media.  From editing their photos to going through the “following” setting on Instagram to see what their friends are liking.

I decided I wanted some answers to some of the things my friends were talking about, when talking about the guys that interact with them on Instagram.

“Let’s just say Instagram is on that bottom toolbar of my most used apps on my phone, right next to my messages app.” The answers I got for this question were pretty much all the same.  The guy would check it a few times a day to stay connected to their friends as well as keeping their friends updated on their life.

2.What entices you to like a girl’s photo? ( ex. To get her attention, or is it a harmless)

“I mean, I never usually have ulterior motives, usually it’s like, wow! She looks really nice, I’ll leave a like! Or sometimes someone will make an edgy joke or post a sweet meme I’ll give that shit a like.”  This was one of the questions I was most interested, and here’s the reason why.  For this experiment, I went through the following setting to see what photos the guy I followed like.  Every guy I interviewed said they check Instagram a couple times a day, but only one of them liked a photo that day.  The guy in question said “Attractiveness plays a role” and the photos he liked were both of girls.  I also found it was very rare that a guy would come up in the “following” section and when they did the photo was in some way related to sports.

3. Have you ever DM someone on Instagram? If so why? 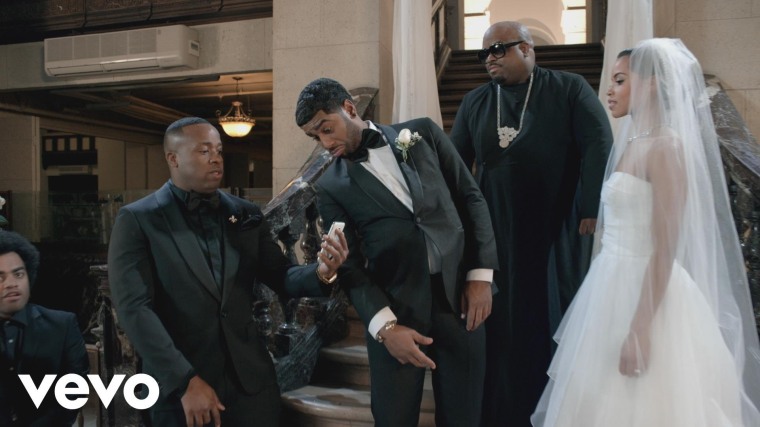 “Yes, because that was the only form of contact I had with my lab partner in a college class. Also, I’m a part of a couple lit group meme sharing group chats.”  Out of the guys I asked, their DM’s consisted of group chats with friends sharing memes.

4. Have you ever posted a photo of your GF because you did something wrong?

This question had a little bit of a personal incentive to get the answer to why guys did appreciation posts.  Over the past summer, I had a friend who cheated on his girlfriend of years.  Instead of owning up to his infidelity he posted a photo of her on his Instagram in order to solve his relationship issues.  “I try to not get in that situation in the first place but if I do I generally try to apologize in person rather than posting a picture.”  All the guys had the same consensus that they wouldn’t post a photo in order to solve a problem, but one thing did come up interesting.

Whenever I start talking to any guy the first thing I do is creep through his social media.  Not to find out who he is, but to find out if he also has a girlfriend.  “One time we argued and she posted a pic of us from my Instagram and I didn’t take it down if that counts. It was a pretty dope photo though regardless of the circumstance.” Going through his Instagram before this photo it didn’t look like he had a girlfriend, which he has been dating for over a year.  The girl even tagged herself in the photo she posted to make sure no one was confused she was his babe.

Of all the guys, the most I got them to admit they Insta creep was “I sometimes Insta creep on people who I just met or don’t know too well just to get a better feel of them or see what their interests are.” Out of all the guys I interviewed only one admitted to creeping on more than once.  “Honestly, yeah. I have an Instagram for my band as well, and I’ve used that to creep on my ex.” A guy sees someone’s photo for about a millisecond, and even if they do like it they’re not analyzing it, because they’ve already moved on.  There is really no reason to need to have a “perfect” feed because the only one creeping on you is your friends or people you don’t even talk to anymore in high school.

7. Do you analyse girls profiles? (ex. Oh she looks cool, just from her photos)

This brings it back to the extreme editing and photoshopping girls do on their photos.  The only reason someone edits a photo is to get more attention.  Celebrities are edited on magazines because well society’s version of attractiveness isn’t realistic.  Out of all the guys one found the secret to pretty much everyone’s Instagram, “Hahaha I judge a couple of my friends’ profiles who I KNOW just post on Insta to look like they have a cool life. Here’s a shocker, they actually have a shallow personality.”   I’ve had a friend tell me that she makes sure her feed is always perfect because she wants guys to go through and think “she’s cool” and start talking to her.  But the thing is, you can’t tell who someone is from a photo and a short caption, they are just seeing the looks.  “No, usually if it’s a girl’s profile, it’s just “she’s hot”, find some more hot photos and move on to the next one that’s sent to me via MLD or explore.”

“I would say most of the time I judge people based on their profile whether I mean to or not.”  When Instagram first started pretty much no one shared selfies and now it’s pretty rare someone posts a photo of just their meal.  Instagram was probably started as a way to share photos, but now some people think their self-worth is defined by how many likes they get on a photo.  And if it’s not as many likes as the others, they delete it.

*When looking for gifs for this photo, I search Judging gif.  What came up was a bunch of gifs of girls doing the stink eye.  Life isn’t the bachelor, but it seems that girls are still competing for guys and giving “stink eyes” other girls.  Let’s try to end that.

8. Do you use social media to get girls attention?

This is one of the most talked about aspects of Instagram and even more now that they have the story feature.  For this question it was split,  the guys I interviewed for who used it for attention and those who don’t.  “I don’t specifically use social media for this purpose but I can’t say it doesn’t cross my mind when posting.”  None of them completely said it was their whole purpose of posting a photo because they do only post when something interesting happened in their life therefore their posts are not that direct.

What is most misconstrued is that it means anything that they look at your story first.  It doesn’t mean they like you, it only means they happen to be on their phone at that moment.  It’s actually even worse if they’re the first one to view it every time cause that means they have nothing better to do.  It only means something if they never view it for a consistent amount of time.

9. Are there certain people that you get happy when they like your photo?

Pretty much every guy admitted to getting happy when someone particular likes their photo.  “Yes definitely, I’m even guilty of looking at who likes my pictures.” Only one guy said, “I like when I get likes. Period. (I’m desperate.) Or I don’t really care. I don’t know, it depends what kind of mood I’m in.”

10. If you’re in a relationship and you like other girls photos, is it all harmless?

“Totally harmless, I would never cyber cheat.”  With the “following” section on Instagram pretty much your every move is tracked, unless the person you’re following is private.  That being said, if someone you’re dating is liking a girls photo it probably means nothing.  Not saying if you do have some suspicions you should ignore them, but talk to him before going cray.

Many of the guys I interviewed said the only thing that fills up their DMs are group chats where they mainly send memes.  When asked what they typically thought about what goes down in the DM I got this response.  “You tell me, come find my DMs @…. I like to imagine it as “hey, I looked through the last 5 months of your Instagram history.” “awwww, thats so sweet and not creepy at all.” “yeah, I had a boner the whole time? U want mak fuk?!” “of course I would love to be nude and alone in a building with you!” All of the guys I interviewed, the only thing they admitted to going down in the DM was getting someone’s phone number.  Therefore if any guy is DMing you he is probably a weirdo.  There are so many normal ways to get someone’s photo today and therefor if his only way to contact you is through a DM he’s not worth it.